4 Reasons Why We Attract Who We Do In Life 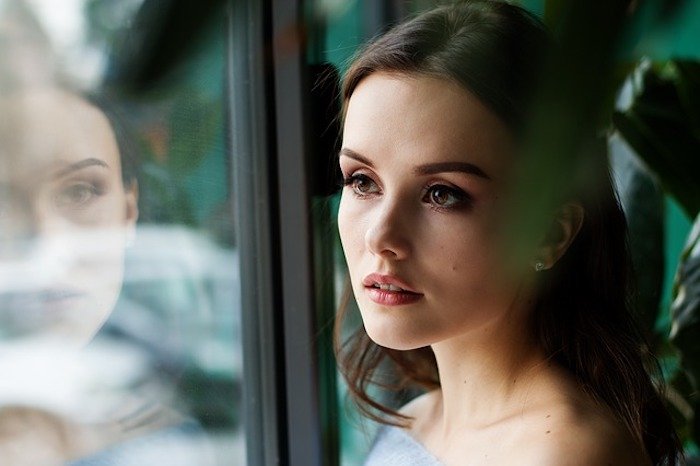 4 Reasons Why We Attract Who We Do In Life

Apart from the obvious traits of looks, smell, taste and sound, there are biological reasons why we’re attracted to someone. And it’s often found deep in our ancestral DNA.

However, the traits that keep us attracted or emotionally connected with someone are much closer to home. They can be traced back to our growing environment. Right from the time we are babies, we are an open vessel for absorbing patterns and behaviors. We are born open and receptive to our environment.

How We Adopt Belief Patterns

As we begin to view the world, we adopt our patterns from the people around us. Up until the age of 7 we are constantly observing and absorbing from our environment. Without questioning. This means that we adopt the patterns of those closest to us. Our parents. So if our parents have a loving, harmonious relationship and are balanced people, then we absorb those patterns and are most likely to become the same.

When we have parents that are unbalanced, their relationships are in turmoil. They can’t communicate well and are often in conflict, then that becomes our basis for a relationship from that very early age. It’s not only for a lover but also for a boss or a best friend. These are all molded on our early experiences at home.

Our patterns form our beliefs and our beliefs solidify our patterns. Beliefs aren’t actually something we were born with, they were developed and adopted. They’re also changeable.

Becoming Who We Are

This isn’t about blame. It’s about how we become who we are. We may have our own personalities and are individuals in our own right, but we do share patterns of behavior down through the generations. This isn’t only particular to humans but to animals as well. When cubs are born they are protected by their parent and taught to hunt. This isn’t only a skill, it’s a passed down trait, as they absorb what their parent demonstrates, and they copy.

We are similar in that we too, copy our parents behaviors. It’s not only what we see them do but their responses, how they feel about themselves and what their parameters of self love are.

Studies revealed on a group of 17 year old school girls, showed that 70% thought it was ok for their partner to hit them in certain circumstances. This may not be typical, but what is frightening is that this wasn’t even a low socio-economic background, but a working class, rural background, who were considered to be balanced behind closed doors.

We don’t need to come from an abusive family to attract abusive people into our lives. In fact, there are many different patterns of behavior that get passed down through the generations. Not all of them are abusive, but they will attract people into our lives that don’t have our highest good at heart.

For instance: when we witness our mother running around after family members, including our father, without any thanks or appreciation, we are absorbing disrespect. One of two things happens, we either compute that within as respect because our mother has told us that she is respected, or we reject it. If we are a boy, we are also taught that this is how we respect someone.  If we have a tendency to align with our mother’s traits as opposed to our father’s, then we have just delineated boundaries for respect. It now means that we give and give without thanks or gratitude. That becomes our inner definition of respect.

As we get older, we may question this definition that is buried way down deep, but until it presents itself as a problem, we won’t even notice. We usually come up with the excuse, that “that’s just the way I am”.

Another example which happened to me, is that my mother worried incessantly. When I was young, she worried I was going to be kidnapped. As I had my own children she would call me to make sure I was watching them so that they didn’t go missing. It wasn’t the only scenario of her worrying. She worried about money, about my father, about decisions and about other people.

I adopted that pattern without question. It was just what I did, worried. It wasn’t until I was well in my 30’s that I decided that none of the things I worried about were within my control. It had become a protection mechanism. I felt that if I didn’t worry about it, it was likely to happen. At least if I worried, I could cover my bases. How is that for warped logic?

I looked for another protection mechanism and I began meditation, writing and going within. When I began this process, it opened up a new world to me. I attracted people who helped me on my journey and felt peace for the first time. In fact, I hadn’t realized that worry had undermined my whole existence, until it was gone. It was a friend that said to me “Gayle, you fester things. Either do something about the situation or let it go”. So I took that onboard and I still use it today. If there’s something I don’t like, I either do something about it or I let it go. I’m not sure who it was, but thank you to whoever it was that told me that at the right time.

Adopted patterns always take on the guise of something noble. Such as worry posing as concern and subservient posing as respect, sexual abuse posing as love and worthlessness posing as caring. The list goes on.

But what does that have to do with who we attract? Everything.

There are 4 reasons why we attract who we do:

Biological – Our inner DNA springs to life and we are attracted because of our need to breed.

Emotional – We need to fill a gap. There hasn’t been any closure with a parent, so the role needs to be re-enacted for closure. (It would be wonderful if we realized that, rather than repeating it.)

When we are used to playing a particular role, then we need a partner that will play a part as well. This is why we attract who we do, because there is a self-made sign on our backs. It says ‘PICK ME’ and it’s of a vibration that only those who are willing to fill the role can notice.

Situational – Looking to fulfill a situation. For instance a sugar daddy. Someone that will take care of us, so that we aren’t lacking in anything financial. It’s looking for security in all the wrong places. And is closely related to Emotional.

Past Life – We often attract people we have been partners with in past lives. This could be to fulfill an unfinished journey or to collaborate on a bigger project. But you could write a whole book on this topic. See Brian Weiss – Only Love Is Real.

Even our balanced relationships are mainly based in emotional but we will cross over into biological and past life if that’s a part of our journey.

The partner we’re with doesn’t necessarily become our partner for life. Sometimes they are there to assist us with moving from one phase of life to the next. Even the horrible ones. It’s closure with this stage of life that’s often missing. Therefore, the relationships repeat themselves, sometimes with the same person and often with another partner. In the meantime we have children and they adopt the patterns we are demonstrating.

Not with our words but with our actions. Because words don’t teach. We teach by example.

We owe it not only to ourselves to feel great but we owe it to our children to give them the best example of a great life.

Because when we feel great about ourselves, we bring out the best in others. It’s a process to get there, but it’s worth it.

Gayle Maree has been transforming relationships for over 20 years. She has an intuitive power for dissolving past pain and has helped many people free themselves of debilitating past patterns. Her key courses are Leveraging Spirit™ and 6 Dimensions of Healing Mastermind.

Gayle Maree is a Spiritual Counselor, Mother, Entrepreneur and Eternal Optimist. She is also author of 6 Dimensions of Healing®.